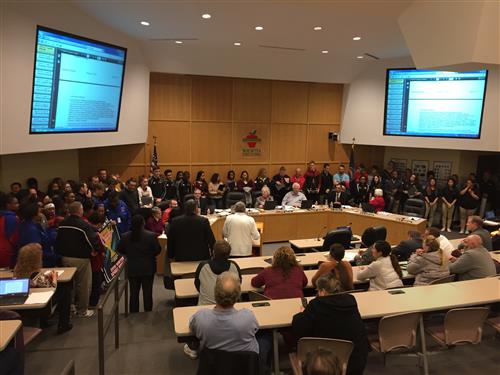 At the Feb. 11 Board of Education Meeting, middle and high school student athletes and cheer and dance teams were recognized for winter sports academic excellence by the Superintendent’s Challenge.

Teams were also recognized for most improved GPA:

Launched in 2017, the Superintendent’s Challenge is an incentive program for students involved in athletics, cheer and dance. The initiative has athletic teams not only compete on the field, but in the classroom as well.